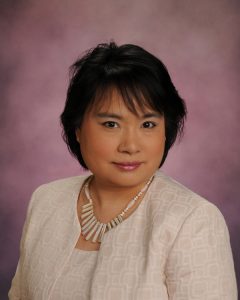 Candie Tou Clement is proud of her Chinese and Taiwanese heritage. Her father, who was born in the People’s Republic of China, and her mother, born in Taiwan, met in Canada and immigrated to the U.S. via Detroit, Michigan where Candie was born. Hence, the unusual spelling of her name. “C-a-n” (for Canada) and “d-i-e” (for Detroit.) Candie is conversant in Mandarin, Chinese. Candie Tou Clement was valedictorian of her graduating class at Troy Athens High School and went on to study engineering and English at the University of Michigan – Ann Arbor. She then worked in Chicago for a few years before coming home to Michigan to enroll in and graduate from Wayne State University Law School. She joined Siegel, Gross & Tou, P.C. in 2005 and became a partner in 2011. Candie Tou Clement has practiced immigration law since December 1997. She began her immigration career in the family and removal areas of immigration law, winning asylum for clients from the People’s Republic of China and Iraq. Although she enjoyed practicing family and removal law, Candie Tou Clement went on to learn about and specialize in other areas of immigration law, including business immigration. She assists and has assisted many corporate and higher education clients in meeting their temporary and long term immigration needs. Candie Tou Clement is well versed in many aspects of work visas and currently practices in the employment based green card department of Siegel, Gross & Tou, P.C. Candie enjoys spending time with her family.